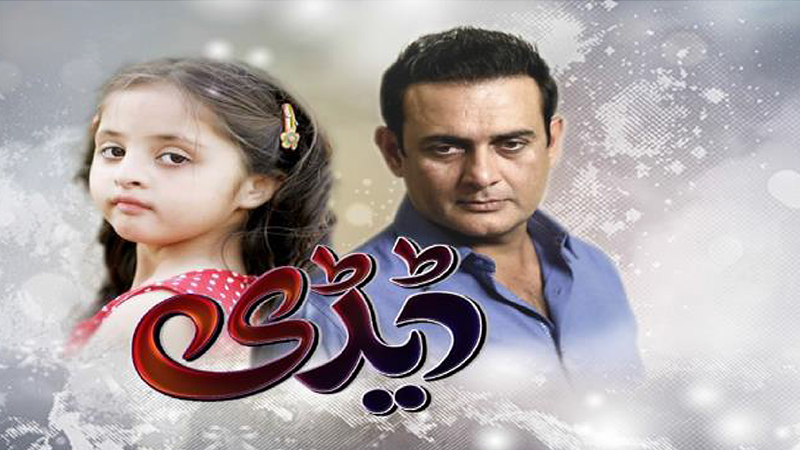 Daddy was crafted as a special Telefilm to celebrate Father’s Day and the project was aired on HUM TV on Father’s Day. The film was about an unmarried writer who does not like children and one day he came across a girl of 05 years who incidentally enter his apartment. Initially, the writer does not accept the girl and misbehaves with the girl but later slowly he attached to the girl. He tries to find her parents as well but when he did not find them he accepts the girl as his daughter and started taking care of her. The main objective of the project was to communicate the fathers how to take care of children who are near to the age of 05 years. During the film, he takes care of the food and nutrition balance of the girl, when she gets ill he provides complete care and nursing, took care of her education and development, and hence, in the end, he becomes a complete parenting father. Emotional scenes and sensitive communication between father and daughter had made it interesting and sensitive and it gives a complete message with entertainment that what are the responsibilities of a parenting father and how can he achieve it. This also celebrates Fatherhood and the relationship of a father and daughter.