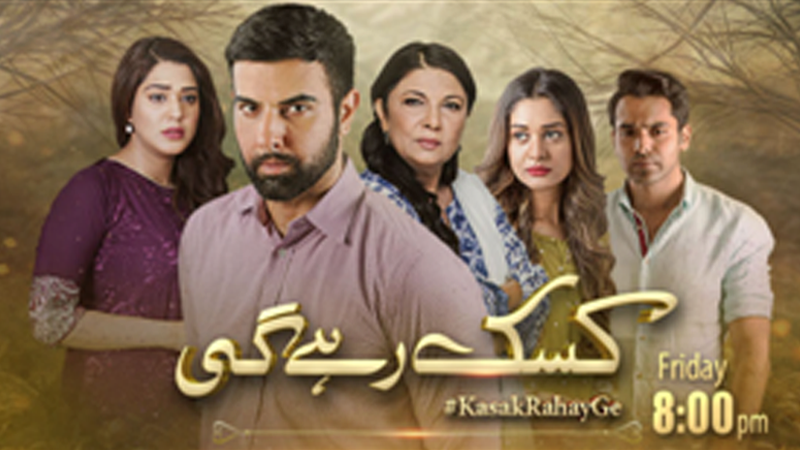 Kasak Rahay Gi is a drama serial which is the latest Digital Superhit. Since the evolution of digital media in Pakistan, there are new viewers who have

started watching our plays. Not only in Pakistan but viewers around the globe watches our plays and Pakistan has a lot of market because of its content Nationally and internationally. Kasak Rahay Gi is also one of the Examples. Every episode of Kasak Rahay Gi is trending in Youtube’s top 05 trends in Pakistan. Kasak Rhay Gi addresses a very important problem in our social society through which most of us came across and that is Narcissistic personality disorder (NPD). Many around us are suffering from it and we even don’t know. The drama visually depicts the image of a Narcissistic personality disorder (NPD) person(s) man and women and it is highly appreciated by a large number of audiences in Pakistan and in International Markets. Let’s take a brief of what Narcissistic personality disorder (NPD) is:

Narcissistic personality disorder (NPD) is a personality disorder with a long-term pattern of abnormal behavior characterized by exaggerated feelings of self-importance, excessive need for admiration, and a lack of empathy. Those affected often spend much time thinking about achieving power or success, or on their appearance. They often take advantage of the people around them. The behavior typically begins by early adulthood and occurs across a variety of social situations

Diagnosis is made by a healthcare professional interviewing the person in question. The condition needs to be differentiated from mania and substance use disorder.

Treatments have not been well studied. Therapy is often difficult, as people with the disorder frequently do not consider themselves to have a problem. About one percent of people are believed to be affected at some point in their life. It appears to occur more often in males than females and affects young people more than older people. The personality was first described in 1925 by Robert Welder, and the term NPD came into use in 1968

People with narcissistic personality disorder (NPD) are characterized by persistent grandiosity, excessive need for admiration, and a personal disdain and lack of empathy for others. As such, the person with NPD usually displays arrogance and a distorted sense of superiority,

and they seek to establish abusive power and control over others. Self-confidence (a strong sense of self) is different from narcissistic personality disorder; people with NPD typically value themselves over others to the extent that they openly disregard the feelings and wishes of others, and expect to be treated as superior, regardless of their actual status or achievements.

Moreover, the person with narcissistic personality disorder usually exhibits a fragile ego (self-concept), intolerance of criticism, and a tendency to belittle others in order to validate their own superiority. The DSM-5 indicates that persons with NPD usually display some or all of the following symptoms, typically without the commensurate qualities or accomplishments:

❖ Grandiosity with expectations of superior treatment from other people

❖ Self-perception of being unique, superior, and associated with high-status people and institutions

❖ Need for continual admiration from others

❖ Sense of entitlement to special treatment and to obedience from others

❖ The exploitation of others to achieve personal gain

❖ Unwillingness to empathize with the feelings, wishes, and needs of other people

❖ Intense envy of others, and the belief that others are equally envious of them

Narcissistic personality disorder usually develops in adolescence or early adulthood. It is not uncommon for children and adolescents to display traits similar to those of NPD, but such occurrences are usually transient, and below the criteria for a diagnosis of NPD. True symptoms of NPD are pervasive, apparent in

varied situations, and rigid, remaining consistent over time. The NPD symptoms must be sufficiently severe that they significantly impair the person’s capabilities to develop meaningful human relationships. Generally, the symptoms of NPD also impair the person’s psychological abilities to function, either at work, or school, or important social settings. The DSM-5 indicates that the traits manifested by the person must substantially differ from cultural norms, in order to qualify as symptoms of NPD