ZEEKAY FILMS had been hired by Nutrition Support Program, Health Department, Government of Sindh for their program Enhanced Nutrition for Mothers and Children Project (P131850) as Behavior Change Consultants during the month of July 2017 till December 31, 2018. For the program; financing had been obtained from the donor World Bank and it had run under the supervision of all the stakeholders.

The overall objective of the Nutrition Support Program Sindh (NSPS) is to improve the nutritional status of children under five years and that of pregnant and lactating women by improving the coverage of effective nutrition interventions with a focus on the poor and marginalized within these groups. The program aims to increase its access to the nutrition intervention in selected 9 Districts.

Behavior Change Communication was conducted to enhanced levels of knowledge and improved practices with regard to maternal, infant, and young child feeding, health, and hygiene. The outcomes associated with the objectives were: improved maternal as well as infant and child feeding practices and increase utilization of nutrition services, which will make a significant contribution to the reduction of stunting;

The program ran successfully in all the districts and it had increased the awareness among the people of Sindh which not only includes the selected districts but the metropolitan and urban cities as well.

Therefore, a dedicated communication was designed with numerous activities associated with the common cause/problem but with district wise/district-based solutions. A complete 360 degrees campaign was designed which includes intervention on Press (Newspapers, EPapers, and Blogs), Electronic Media (Satellite National and Regional Channels), Radio (FM targeted districts), Out-of-Home advertising which was not only limited to: Outdoor hoardings, transit advertising (branding of public transport), activations at district – to – Taluka level, Events, IEC material on IYCF, Social mobilization activities which include society elders and influencers and a lot more. Digital communication was also one of the strongest components of the campaign which catches the eye of major stakeholders, policymakers, and decision-makers. Senior Journalist, Ms. Sana Bucha remained as the BCC ambassador.

An analytics report had suggested that the Satellite interventions had reached to more than 640 million viewers, Print and radio had also created awareness among the millions living across Pakistan and especially in the targeted districts and digital interventions had created over 350 million impressions.

In almost 2 months on twitter with a hashtag #SayByeToMalnutrition, Facebook, Instagram, and other vehicles and interventions had also created marked performance and impressions which not only engages a common man but also catches the limelight when Chairman PTI and Chairman PPP took the notice of it and make it as one of the integral parts of their General Election campaigns.

Even at the victory speech and his first address as Prime Minister to the nation, P.M. Imran Khan had Malnutrition/Stunting as one of the major problems of Pakistan that need to be addressed in his Government. Later in March 2019, the Federal Government had a dedicated budget for the reduction of stunting in Pakistan in its program Ehsaas.

Chief Minister Sindh, Syed Murad Ali Shah in mid-October 2018 had also instructed to Health Department and had asked public sector universities to set up Medical camps in, Sindh to fight from it. He directed the health department to widely and properly implement the mother health program in true letter and spirit. “If the mother is healthy and well aware of the health issues such as nutrition, birth spacing, how to take care of them right from conceiving pregnancy to delivery and where to deliver the child and how to take care of the child,” he said.

The overall communication on all the vehicles was carrying IEC material emphasizing IYCF (Infant and Young Child Feeding) material which was jointly issued by World Health Organization (WHO) and United Nations Children’s Fund (UNICEF) in 2002. The communication was not only produced creatively in the regional language but in National Language Urdu and International Language English.

According to one of the recent surveys, it had been disclosed that the Malnutrition/Stunting in Sindh had been reduced. The success stories of the cases had also been captured visually. Highlights of the communication are as follows: 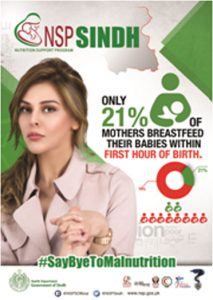 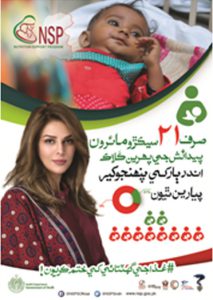 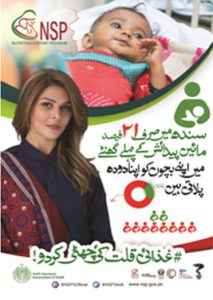 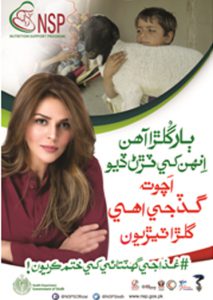 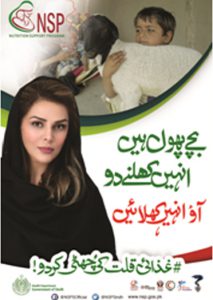 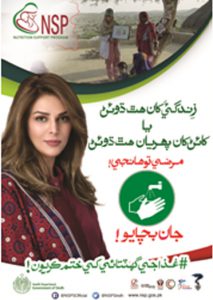 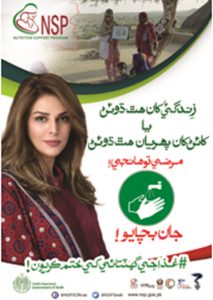 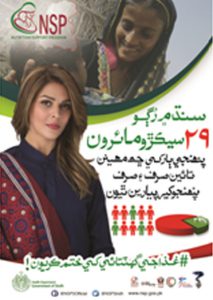 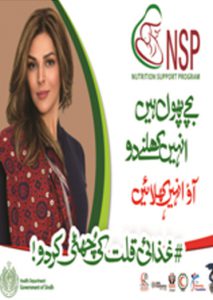 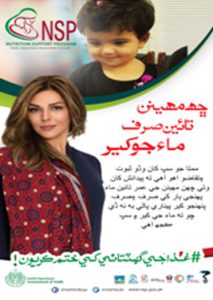 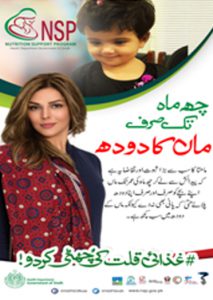 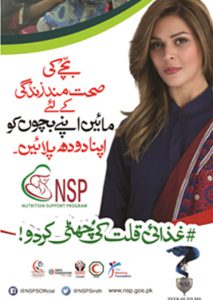 Example of Branded DVD, Bag & Cup as Give Aways 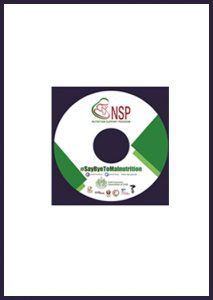 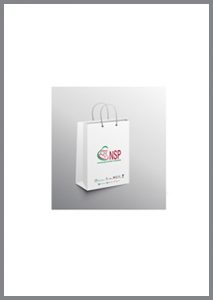 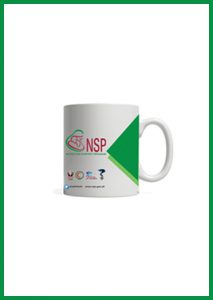 The communication was not limited to the print advertising or Below-the-Line activities, the communication also took a marked appreciation among the local audience through our regional films which were produced specifically for the targeted audience with the help of our formative reporting. The content was produced focusing each point of the cause of malnutrition and it was based on the Prevention. All these films went on-air on Regional Satellite Channel and had been used as the major source of information on Local Media airing on District and Thalukas Level. For the outreached areas, our team of specialized BTL activities took this content on a Cinema on Wheels and did activations in villages of out reached areas. A day Activity was planned and was done with villagers. The content also get international appreciation. The films were shot on state-of-the-art latest equipment and had been processed with the latest techniques that are used internationally so that the viewers specially in Sindh should feel the difference of a regular communication to a strategic communication. These films had been shot on CAMERA RED at 4.5K Resolution which can be played out anywhere in the world. 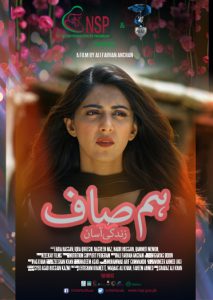 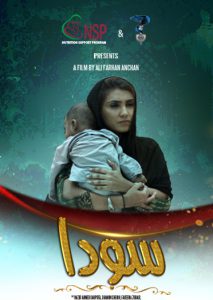 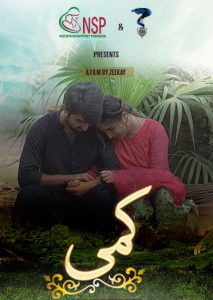 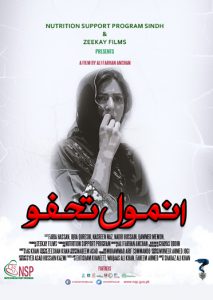 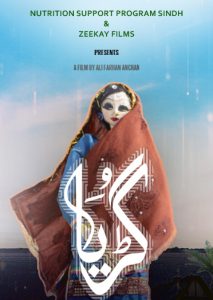 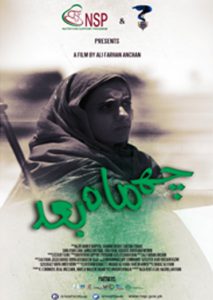 Shorts from the Film Reels

Shots from the Film Reels

Shorts from the Docu Drama

Shots from the Docu Drama

Docu Dramas was one of the major integral parts of the campaign the duration of these infomercials were not shot as the documentary but as an informative story of a family who had been visited by a Community Health worker living in the village. As the ground, social mobilization teams were visiting villagers and the people living in district talukas at even UC levels therefore these provide them a reason to believe.

Shots from the Training Videos

Shots from the Training Videos

Training Videos were produced for the staff working in all the districts, Thalukas, Ucs, Outreach areas. It will be extremely difficult for the mater trainers to go to each and every Lady Health Worker, Community Health Worker, Workers for Mother Support Programs, Workers for Father Support Programs, and many more. As PPHI was also one of the partners and the uniformity of communication to a very large number of audience is required, therefore, we had produced 10 training videos for the staff that The purpose of these videos was to provide a uniform model of communications on IEC material that is produced on IYCF directions. Moreover, it is difficult to find workers with a better education level therefore, it will be difficult for the worker even to read the manuals or written material.
Keeping their ease in mind a complete video manual was produced which includes the chapters of how to approach to a potential consumer, difficulties in breastfeeding, positioning and attachment for breastfeeding, How to use Micro-nutrient Sachets (MNP) for moderate acute malnourished, Use of Ready to Use Therapeutic Food (RUTF) for severely acutely malnourished, How to use MUAC Tape (Measurement of Upper Arm Circumference) the only way to figure out if the child or mother is malnourished, this also includes some cooking 05 snippets of one minute each that can allow and make a person learn how to cook nutritious food which has to start from the age of 6 months. The nutritious recipes along with calories and diet charts had been produced for the trainers and consumers. These recipes were made under the supervision of a foreign qualified Peadriatic Nutritionist All the communication was in Sindhi for better understanding
are engaged in social mobilization.

Television Commercials are one of the components for any communication that provides some basic information about the product or services. We at ZEEKAY FILMS had been engaged in producing several for our clients and services. However, this time at NSP we had been challenged to do a Television Campaign that not only motivates the people watching these commercials to get ready for the adaptation of the core concept but also provides them information regarding the seriousness of the issue. Therefore, a special communication style was adopted, where a series of commercials had been produced. They not only provide information regarding the program but also provide entertainment to the viewers.

Social Media, is one of the major sources of information, entertainment, and penetration. These days non of the communications can be completed without this major component.
This not only includes consumers, but it can reach to the people who do not have much time to spend on TV. Internet platforms had created penetration for a lot of decision-makers, policymakers, and social influencers. Therefore, we need to develop special creative content with respect to the target audience.
These are some of the examples of the creative lines and animations that had been used for the Nutrition Support Program Sindh.
A complete calendar for the posts was designed for the whole calendar year celebrating all the National, International days as well as Islamic Events.
The posts were designed in accordance with the event that can lead to a good message to our readers’ viewers. In the whole campaign, our campaign ambassador kept on engaging a lot of people along with our social media specialists.
The communication was not limited to English and Urdu but it also covers communication in Sindhi. 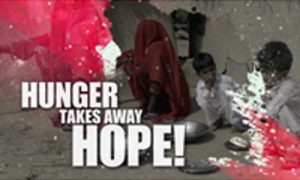 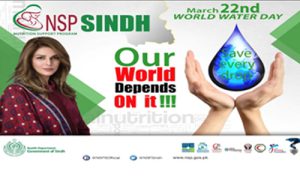 The before – mentioned are just the highlights of some of the components that had been done in the recent past for the Enhanced Nutrition for Mothers and Children through Nutrition Support Program, Health Department, Government of Sindh.

More can only be shared upon request. Some of the released components can be watched on Youtube and Nutrition Support Program’s Facebook page or other social media vehicles.

During our experience of executing it throughout Sindh in 09 different districts, we found Sindh as fertile land and the problem of Malnutrition can be overcome with continuous efforts. Overall, the environment is working friendly and people are loving. This not only helps us in understanding the behavior of the people living there but the response had encouraged us to work more in society. Therefore, the management had decided to produce a full-length feature film on Sindh Landscape and continue to support the program. A Full-length Feature Film become an initiative of ZEEKAY FILMS and it had been produced which will be released Nationally and Internationally in June 2019.

Back to Projects see all our projects